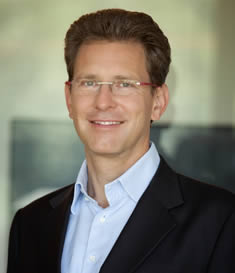 The advisory board plays a key role in providing governance and overseeing the growth and development of the company. Its members offer a wealth of experience outside of the market research industry, from diverse fields such as Law, Banking, Investment, Retail, Events, Business Services and Wines and Spirits.

Michalis Michael, Group MD DigitalMR said: "Alex has always been a pioneer in his career, be it in the legal profession or as an entrepreneur and an investment banker. We’re delighted to have him as the newest member of our advisory board and the experience he will bring to the table".

On becoming the latest addition to the board, Schmidt commented: "At a time when social media opportunities are booming in the Polish and CEE markets, using the web to capture insights and gain competitive advantage is going to become a key development to become involved".

(b. 1962) – Chairman of the Supervisory Board of TRIGON Dom Maklerski S.A., the oldest Polish securities brokerage and investment banking firm. In the years 1997-2000, he was a Senior Vice President (Business Development), General Counsel and Secretary of @Entertainment Inc., the largest pay-TV company in Central and Eastern Europe and the first NASDAQ –listed company in the region. He was also the President of Wizja TV, its DTH subsidiary. Previously (1995-97), he was a Country Director for Poland of MeesPierson, an investment-banking firm (currently ABN AMRO). He began his career as an attorney with the newly created Warsaw law firm Soltysinski, Kawecki & Szlezak (1990-95), as well as an Assistant Professor at the Business Law Department of A. Mickiewicz University (1987-92).

Existing members of the advisory board are: