Back to DMR Digest 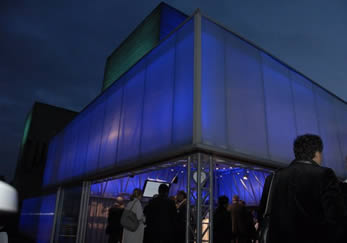 On the evening of September 28, 2010, DigitalMR took some time to celebrate. The official company launch event took place on the Deck of the National Theatre and featured speeches by such fantastic guests as Lord Karan Bilimoria (chairman of Cobra Beer), Kevin Eyres (MD EMEA LinkedIn) and Dr. Nicos Rossides (chairman of the advisory board of DigitalMR).

DigitalMR is proud to announce that our very own company blog has gone live. Maintained by DigitalMR staff, the blog will feature current issues in market research, social media and digital matters, but also DigitalMR specific posts, e.g. a summary and pictures from last event.

Read and comment on our latest blog posts “The Brave New World Of Web Based Research” and “The Surf’s Up – How Are You Dealing With The Data Tsunami?”