Where did Elon Musk's Tweets go?

On any given week, there are far more tweets about Elon Musk than the current and former Presidents of the United States.

About 10 million tweets mention Elon Musk’s name or account handle every week. Many are responses to his own – often provocative - tweets. There are additionally about 50,000 English posts per week mentioning his full name on blogs, fora, reviews and videos.

For comparison purposes, US President Joe Biden gets mentioned on Twitter about 3-4 million times per week, whilst Trump only a million - up until the week when his account was reinstated; in that week mentions of his name and account handle jumped to almost 3 million. On other online sources, Biden and Trump are mentioned in about 20,000 posts per week, compared to Elon’s 50,000.

Since DMR is in the business of making sense of big unstructured data, such as text from Twitter or other online platforms, what better way is there to demonstrate the value of this capability than to  analyse the Twitter account of the self proclaimed “Chief Twit” himself - Elon Musk (referred to as EM from now on).

The first thing that jumped out when we started thinking about how to approach this data, was the fact that listening247 (the DMR AI based platform for text and image analytics) was not able to gather any posts between December 1st  2021 and May 10th 2022. Despite attempting to gather for a 12 month time period (December to December), for some reason our search only returned 3,185 tweets from May 10th to December 1st 2022.

DMR has access to various official Twitter API endpoints that enable this data gathering, for example one that allows keyword search across the whole of Twitter - at a high cost, and one that allows gathering from specific accounts (handles), which is the one we used in this case.

Puzzled as to why the Twitter API behaved in this way, we started manually checking on Twitter, and after a few minutes of painfully slow scrolling down, we reached the oldest tweet on his account, on May 12th 2022. 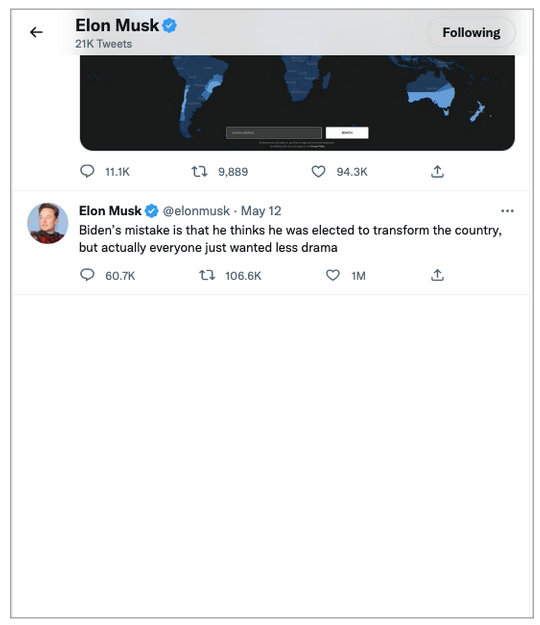 We then tried the advanced search feature on Twitter, looking for tweets coming from EM’s account before May 11th 2022. Only a few tweets came up in the default “Top” tweets section from May 2022, which led us to believe that any tweets prior to May were simply deleted by EM or by Twitter without him knowing.

Switching to  “Latest” tweets however, revealed all the missing tweets, going all the way back to December 2021 and beyond for many years. 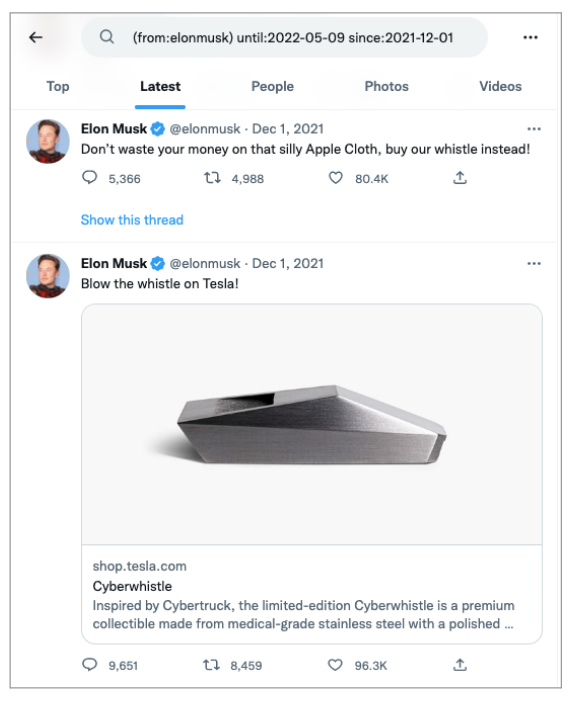 Fig.2: A screenshot of the advanced search results showing tweets back to December 2021

I reached out to an acquaintance - a former senior employee of Twitter in London, and he could not offer an explanation either.

This was meant to be an analysis of all of EM’s tweets during the last 12 months; unfortunately, we will have to limit ourselves to the last 7 months for which we were able to gather tweets from his account. 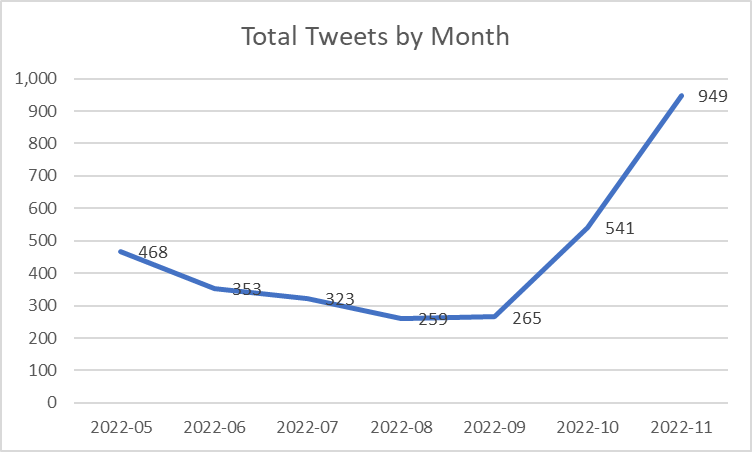 After October 28th when EM tweeted “The bird is freed” the number of tweets he posts every day takes off! If only the Twitter revenues could be represented by a similar hockey-stick curve.

In Fig. 4A and 4B we can see that most of his tweets are positive, followed by neutral and then negative sentiment. 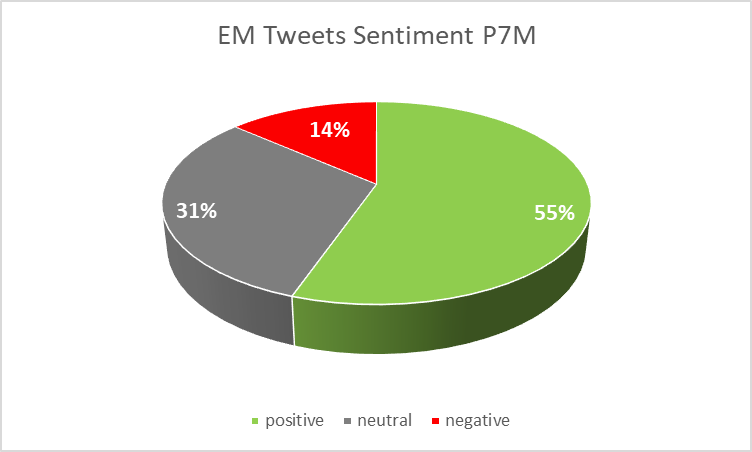 Fig. 4A: Past 7 months  share of sentiment for all EM tweets - annotated with sentiment by DMR’s proprietary ML model

All sentiment trends are similar with the positive ones driving the steep increase after October. 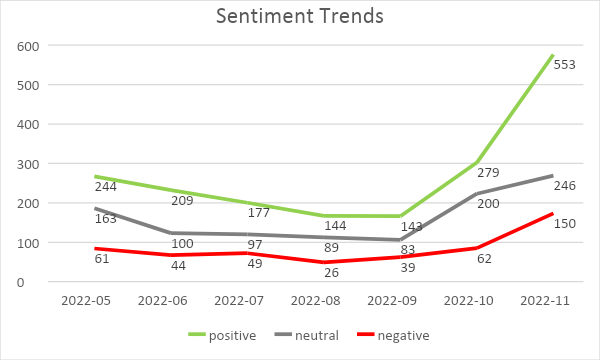 He does not retweet that much as we can see in Fig.5 below. October is the highest month with 38 RTs. 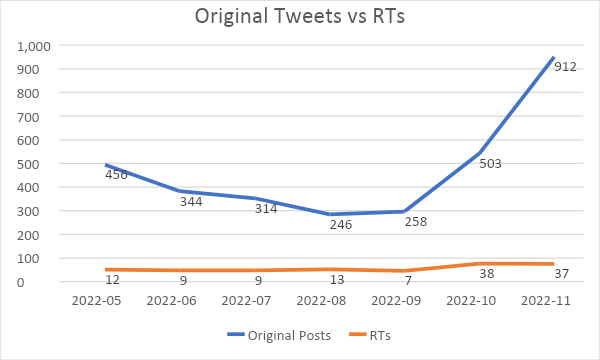 Fig. 5: Original tweets and replies vs his RTs

There are two ways to annotate lots of text with topics in an automated way so that one can know what is in the data without having to read it all; using a machine learning model or a rules based approach, the latter being a bunch of Boolean Logic operators and words sequenced together. 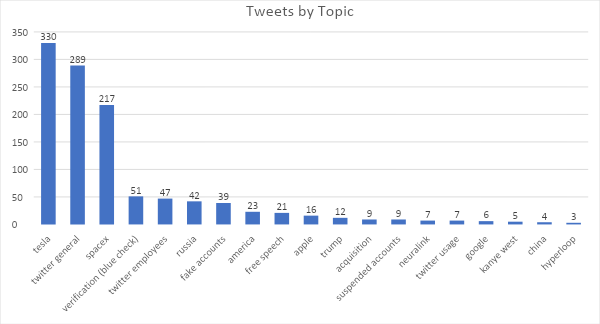 EM is without a doubt one of the most prolific authors of posts on Twitter. He promotes his own companies a lot and as a result the sentiment of most of his tweets is positive. His audience of over 120 million followers is bigger than the readers of some newspapers or the viewers of some TV stations.

The 431 posts that are negative, during the 7 months covered, are mainly replies to accusations or related to something bad happening to Twitter that is someone else’s fault i.e. previous management.

Perhaps on some occasions he is intentionally controversial, in an attempt to increase the PR value his businesses get from his tweets. After all, he must get some sort of a return for spending US$ 44 billion to acquire the platform.

This report is just a quick and dirty example of how sentiment and semantic analysis of text using AI makes it  possible to do things that 15 years ago were considered science fiction. There is much more that DMR does for its clients with the help of proprietary machine learning models such as analysing audio and captioning images; text, audio and images is what we call unstructured data.

If we consider that more than 90% of all human recorded knowledge is text, audio or images (video is a combination of the aforementioned 3 types), then it is clear that organisations which only analyse structured data (numbers in tables) will be at a disadvantage compared to those that have natural language processing capabilities in multiple languages.

This kind of technology makes the user of platforms like listening247 omniscient.

With a few clicks on a drill down dashboard (PowerBI or Tableau), a person who only speaks English can know what millions of Chinese people say about e.g. EM on Weibo, often referred to as the Twitter of China.

Speaking of Weibo, if EM was to buy that, he would be able to wreak havoc not only in the US but also in China… this could in turn improve his relationship with past and present Presidents of the USA, despite the fact that he is currently a very popular adversary - much more popular than they are, as our analysis shows.