On September 7th we gave the report below to our PR agency and asked them to publish what our analysis of online posts was telling us about Liz Truss.

Sadly, the Queen passed away the next day, so the news cycle moved on from the PM’s election.

The report below was never made public but we decided to post it on our blog and in the form of a Medium article almost a month and a half later as it is an illuminating illustration of the kind of robust AI driven “social intelligence” that is now possible – you can check, at the bottom of the report, the actual posts that were shared.

The report that never got published until today

The sources of posts included in this report are Twitter, news, blogs, forums, reviews and video.

It is important to make a strong distinction between polls/surveys which are based on a sample of respondents – plenty of those exist and they are not necessarily accurate - and social intelligence which is not based on a sample - this is a unique report and the first of its kind. The data collected by DMR’s listening247 CXM, Social Intelligence & Text Analytics platform are based on the universe of all the posts about the names included in the research (not a sample of posts) and it is the unsolicited opinion of the people who posted these posts – in contrast to polls they were not paid to answer questions, so they had no incentive to cheat or write an opinion that was not theirs.

The main KPIs used to rank the subjects of this research were:

In the table below the 3 politicians are ranked based on total number of posts from all sources.

It is now the 3rd time that the total number of posts or share of voice is predictive of who will win an election.

In the previous report we published Rishi was leading in this metric and he was the one elected with the highest number of MPs. Now from July 11 to September 5th the tables turned. Liz has more than double as many posts as Rishi and won the vote of the 170,000 conservative members. 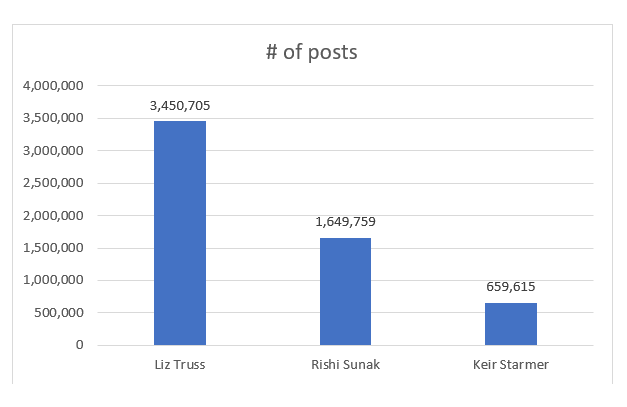 Fig.1: 3 politicians ranking based on total posts– Online posts collected and analysed by DMR between July 11 and Sept. 5 2022

The Net Sentiment Score of the 3 investigated politicians

In terms of net sentiment score during the 24 hours post Liz’s election the ranking is almost turned on its head.

Keir has positive 3% whilst Rishi Sunak is closer to him with negative 3% and Liz has negative 8% a whole 11% worse score in public sentiment than the leader of the Labour Party. 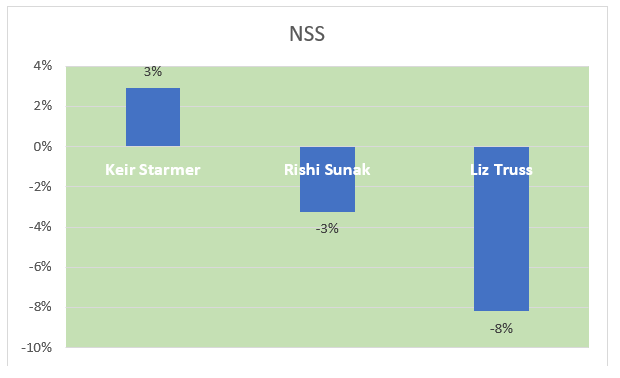 Fig.2: 3 politicians Net Sentiment Score (NSS)– Online posts collected and analysed by DMR for the 24 hours after the announcement of Liz Truss as the new PM on Sept. 5.

The examples of posts below are a representative sample of what most people post about the next national election in January 2025:

"-The Conservative Party is done! The Brits to welcome Labour in their next general election."

"This is a great opportunity for Labor to take back Great Britain. The conservative very unstable in the past 7 years with resignations from David Cameron, Theresa May, Boris Johnson, soon Liz Truss will end up resigning or lose the next election with the biggest lost in Britain history."

"I think if you want the Tories out, you want Liz Truss as Prime Minister because even her own supporters don't think she can win in a General Election."

It is quite clear that they all think Liz was the worse PM to go against Keir.

Three numbers are very important to keep in mind and understand what they represent:

The two final candidates (Liz+Rishi) of the conservative PM race were selected in multiple voting iterations by ~350 conservative MPs.

The total electorate for parliamentary votes in the UK has over 46 million voters.

Our report reflects the opinions of the 46 million voters; thus, the ranking may be able to predict what would happen if the vote for the election of a conservative PM was put to a national vote yesterday. To better interpret our rankings above we should keep in mind that in 2022 around 85% of the UK population are social media users.

From that we can infer that the online posts gathered from various sources between March and September this year may impact up to 85% of the voters; it could be a bit less because the older population who do not have access to social media are all voters whereas the 85% (people with access to social media) includes children below 18 who are not voters yet. Having said that online News is one of the sources (the media) which is editorial and impacts the opinions of everyone who are exposed to the media.

The discussion in our previous report about possible scenarios was inferring that the conservative members should pay attention who was the most likely candidate to win the national election in January 2025 and let that inform their decision.

Unfortunately, they did not do that.

The social media data indicates that Rishi would have a better chance to beat Keir.

The question now is if this data was predictive for the last two finalists and for the September 5th vote - which it was - will it also be predictive for the national election results in 2025? It looks like it is when 2 out of 2 times the share of voice predicted the outcome!

Stay tuned for more data from DMR on the subject.

This is what we wrote on September 7th, 2022. I think for the 4th time unsolicited citizen opinion from social media and other online sources proves to be much more predictive than polls which are based on samples of respondents (who sometimes lie and sometimes forget what they said or did a week ago) that may not be representative.

We think that it is about time for social media listening and analytics to take its rightful place in the political forecasting business.